Get The Real Story

A call for an audition was made by Vskit in June 2019. Of the thousands who participated, only 8 were selected. All 8 of them were charged to compete with celebrity actors in the first and only pidgin dubbing TV show in Nigeria – Vskit Voice to Fame.

Vskit Voice to Fame is a first of its kind dubbing competition in Nigeria which hit the television airwaves in July. The show saw eight contestants competing against celebrities, for a chance to win a grand prize of 2 million Naira. Of the 6 finalists of the dubbing show, 3 of them were Vskit talents. 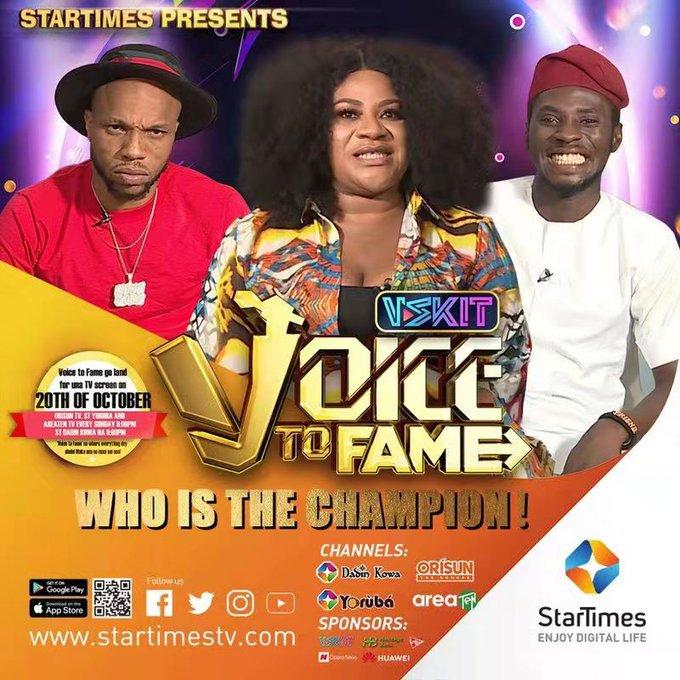 As title sponsors of Voice to Fame, Vskit ensured only the best people got selected during the audition, as they will be made to face a tug of war with the celebrities. The battle for the two million naira was between Vskit talents – Empress Jojo, D.Machine, Otega and popular TV celebrities – Charles Okocha (aka ‘Igwe 2pac”), Nkechi Blessing, Mide Martins and Yakubu Mohammed, with ace actor Femi Adebayo being the host.

D Machine, a 26 year old dance artist whose full name is Olakunle Fashina got on the Vskit Voice to Fame show with the aim of gathering more fans and representing Vskit in a good light. 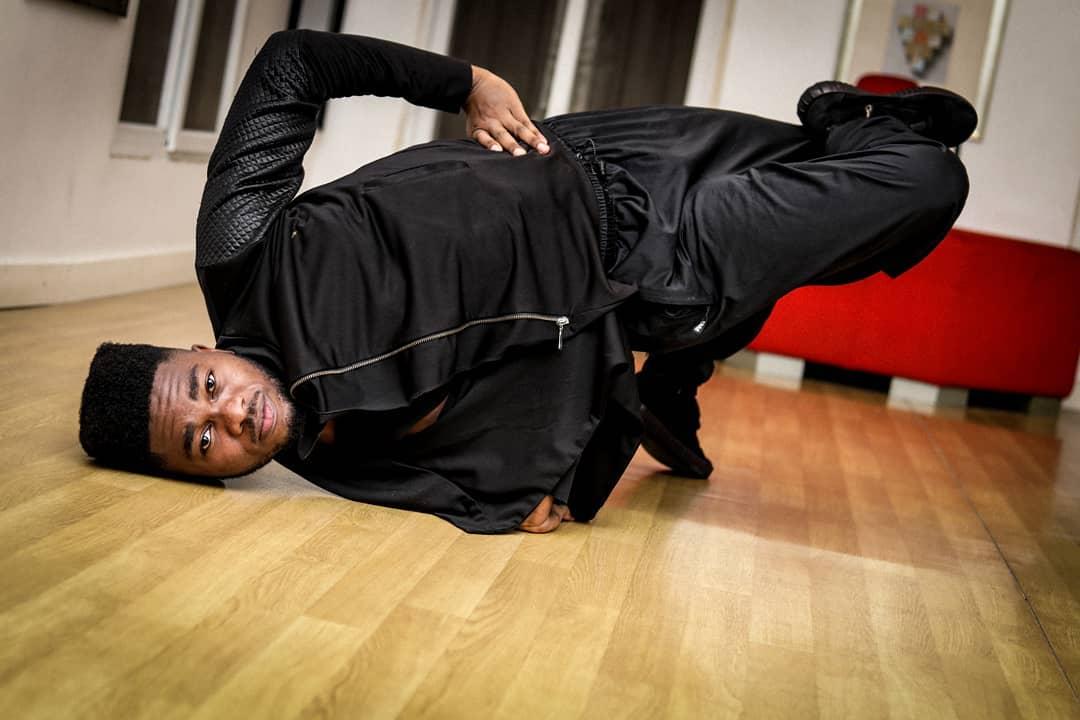 In an interview with him, he expressed his gratitude to the prestigious short video sharing platform for the opportunity to achieve his dreams.

Empress Jojo, an already experienced actress who is also a filmmaker, producer and a commercial model found her way to the Vskit Voice to Fame show by attending the audition and wowing the judges.

Jojo will continue in her line of creativity even after the show. She expressed that the show has exposed her to even more people in the movie industry, especially since her involvement in the competition with celebrities on the show.

We caught up with runner up talent Igho Otega. Here are his thoughts

The last talent standing; Igho Otega, fondly called Otega resumed the show on the fourth episode, and unlike other talents, he was never evicted. He got to the finale and was laid on his back by Igwe 2Pac. 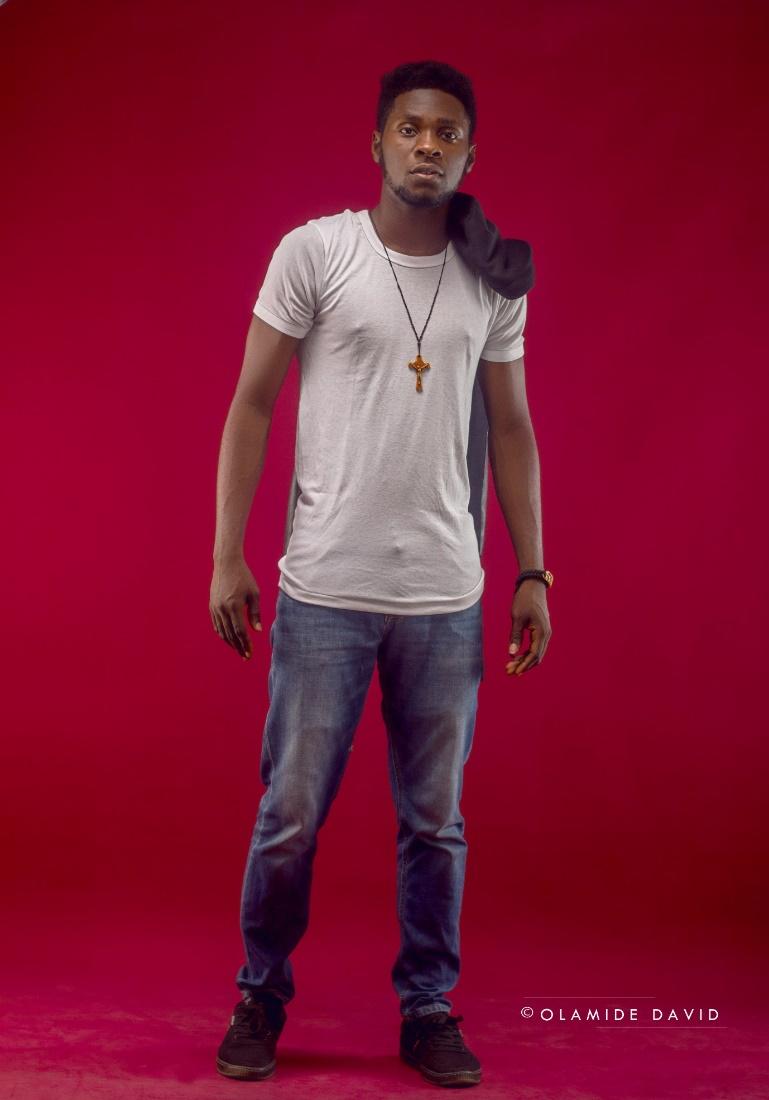 Dusting off Nkechi Blessing, Mide Martins and almost dusting Charles Okocha means Otega is an amazing talent, when asked how it made him feel, he responded ‘for me I felt ready for the world to see what I’m capable of. “Vskit Voice to Fame” was a great platform and competing with celebrities was the challenge, it made me realise I’m ready to take on more’.

Get to know Otega more

Q- How did you feel being among the 8 selected talents by Vskit?

A – Wow! I felt great. I was really prepared for any challenge that was going to come my way even before the audition stage. So, it did feel awesome to have been given the opportunity.

Q – You lasted from the fourth episode to the finale, and you were never evicted. Is there a strategy you used?

A – Hmmmmm… I was really focused on the tasks dished out that I took time to get my lines to sync with me, did my best to deliver and most of all I really made sure I had fun with it. It’s showbiz and entertainment which I love, so I was more particular about delivery and to learn from the show either I got evicted or not.

Q – Your duet with Nkechi Blessing got you to the 12th episode. Any words for the beautiful actress?

A – The beautiful Actress Nkechi Blessing Sunday. It was an honor working with her on that episode. She took me as a colleague to work on it and that brought a lot of confidence and swoosh! We nailed it. I love and appreciate her.

Q – Who are those you’ll like to work alongside in the movie industry?

A – The list is endless as I love to work with different people, but I’d like to work with Mr Kunle Afolayan and now that I’ve met with them also Mr Femi Adebayo and Miss Nkechi Blessing.

Although Otega is new to the entertainment industry, he affirms that he will love to explore the happenings around there and work hard at it, until the world hears his voice.

VSKIT is a short video social platform targeted mainly at Youths and the young at heart. With Video content consumption growing rapidly among social media users, and the largest amount of content being created by the everyday user from wherever they are, VSKIT provides that great platform that allows for creative expressions through short video clips.

The mobile app allows anyone to create, share and watch entertaining short video content and connect with interesting new friends in an easy way. With currently over 15 million users across Africa, VSKIT’s mobile app is available for easy download on both Android and iOS platforms.

Subcribe to our Newsletter